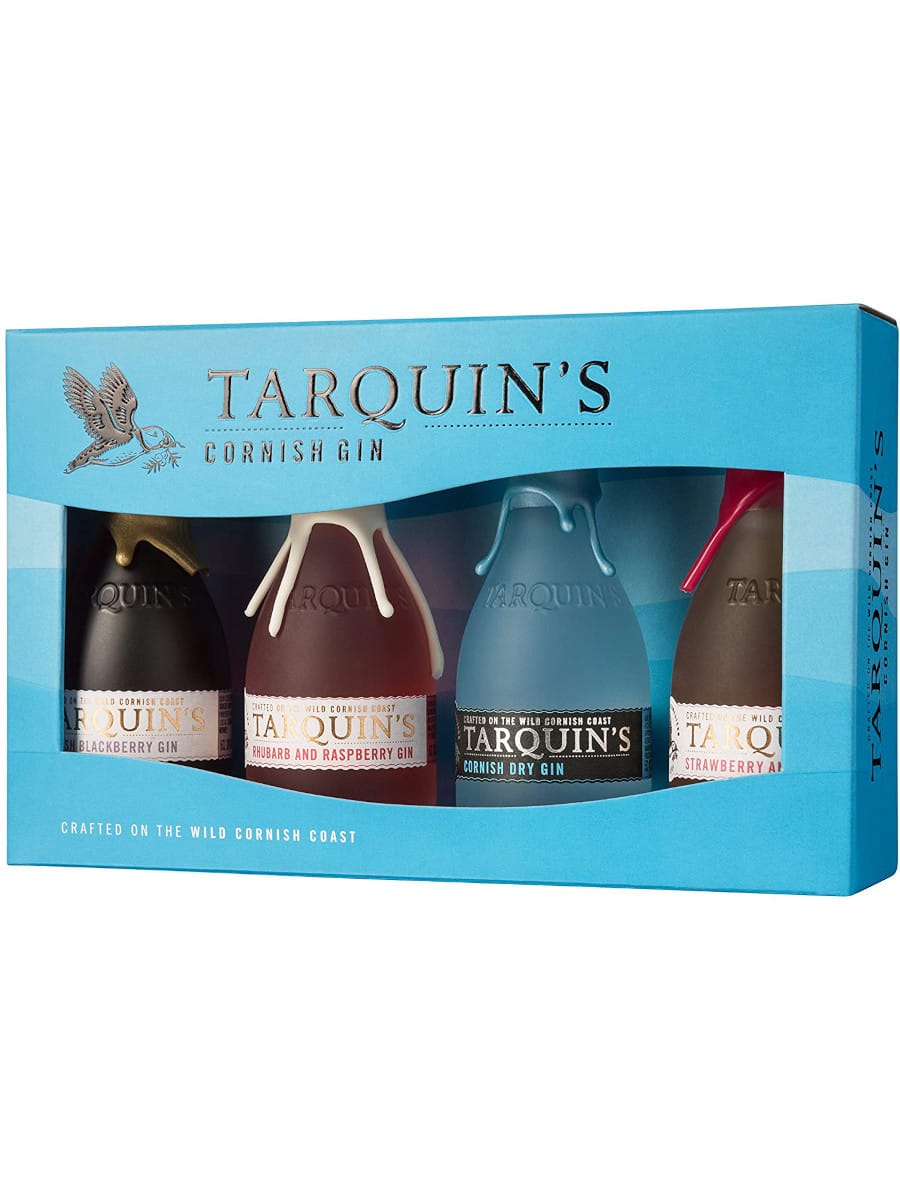 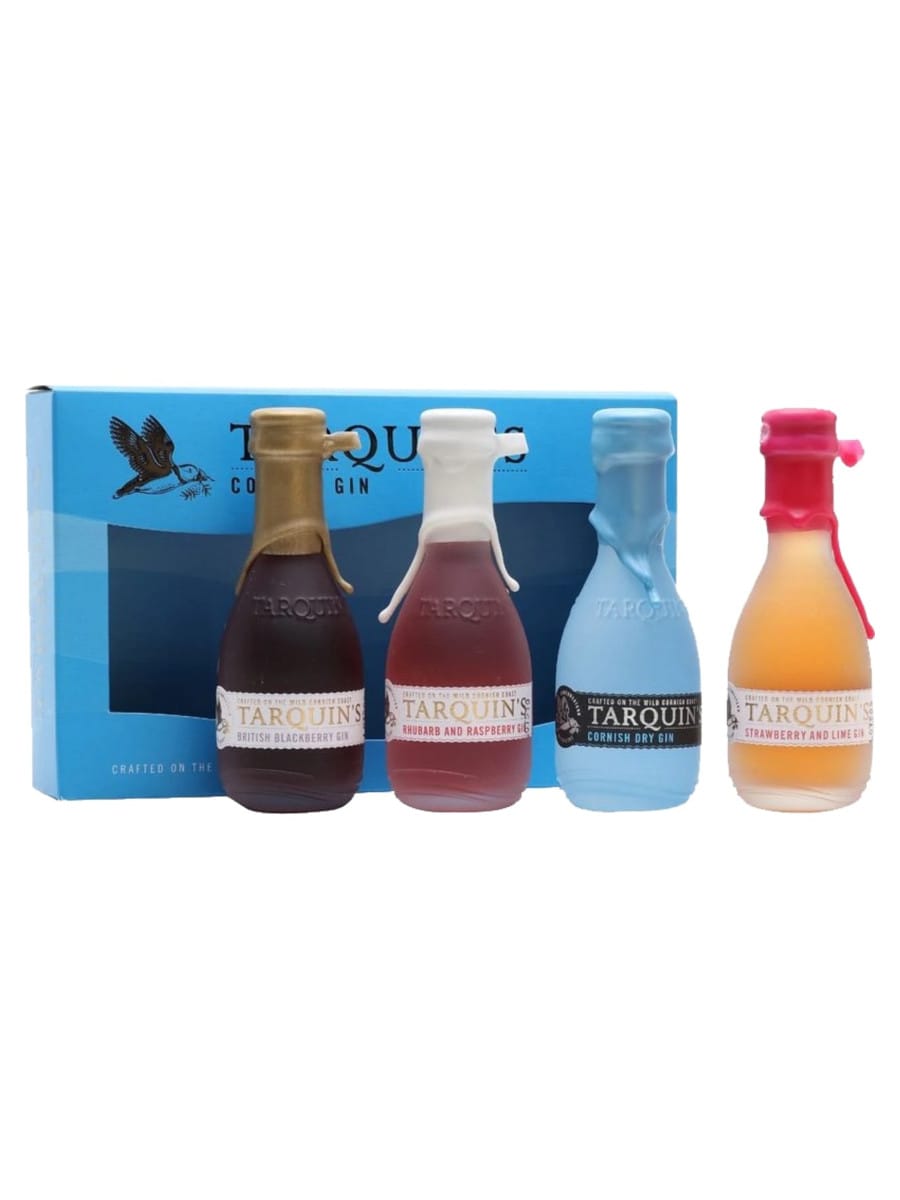 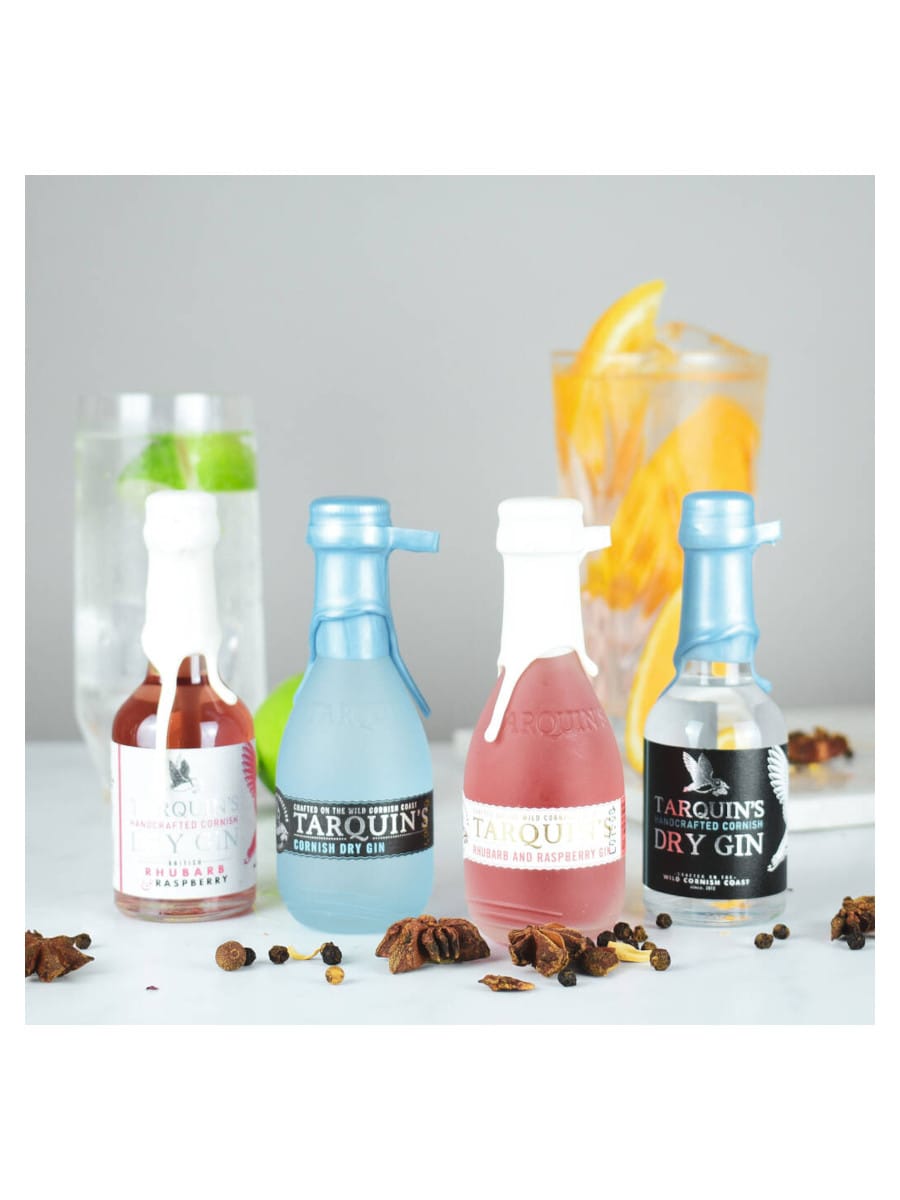 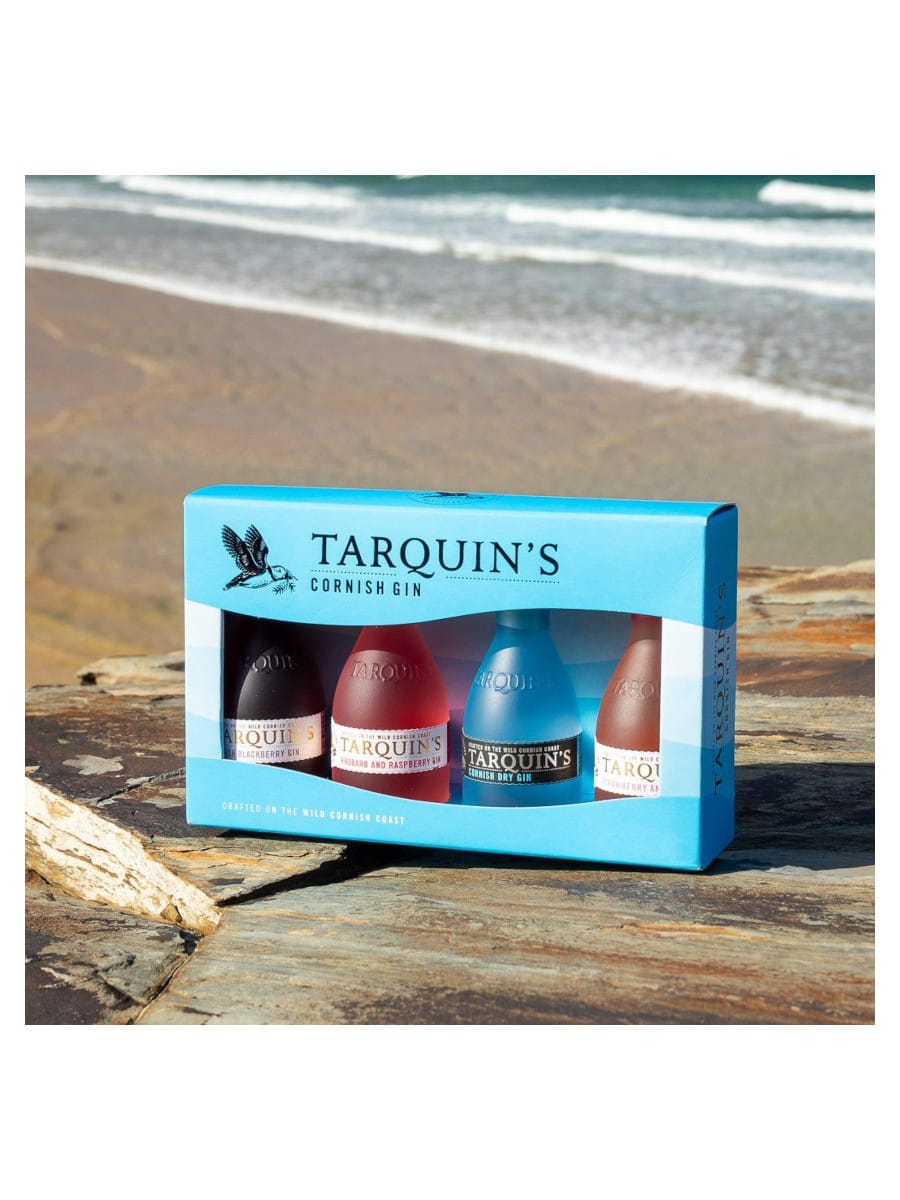 Tarquin’s Mixed Gin Set contains 4 miniflasks so you can taste a number of the excellent gins from the small distillery in Cornwall. You get 5 Cl by Tarquin’s Cornish Dry Gin and the three fruit ginner, Blackberry Gin, Strawberry & Lime Gin and Rhubarb & Raspberry Gin.

Tarquin’s history starts in 2012, when a 23-year-old chef, trained at Cordon Bleu in Paris, began experimenting with a 0.7-liter pot still – and then it can not be much less. This microscopic start should later become the first distillery in Cornwall for over 100 years! After many both successful and unsuccessful experiments on the miniature boiler, Tarquin Leadbits upgraded in 2013 to a 250-liter pot still. Now he had found his perfect gin recipe, and the first bottles were sold to Gurnard Head Hotel in St. Ives, Cornwall, July 30 the same year.

Today, Tarquin’s extended to 4 distillers, of which 3 are still 250 liters and heated with direct fire. Everything is still done by hand, ranging from distillation to the matte bottle (which looks like it has been in the beach edge) waxed.
In addition to Gin, Tarquin’s also makes a pastis who has, of course, been named Cornish Pastis – not to be confused with the little pie.