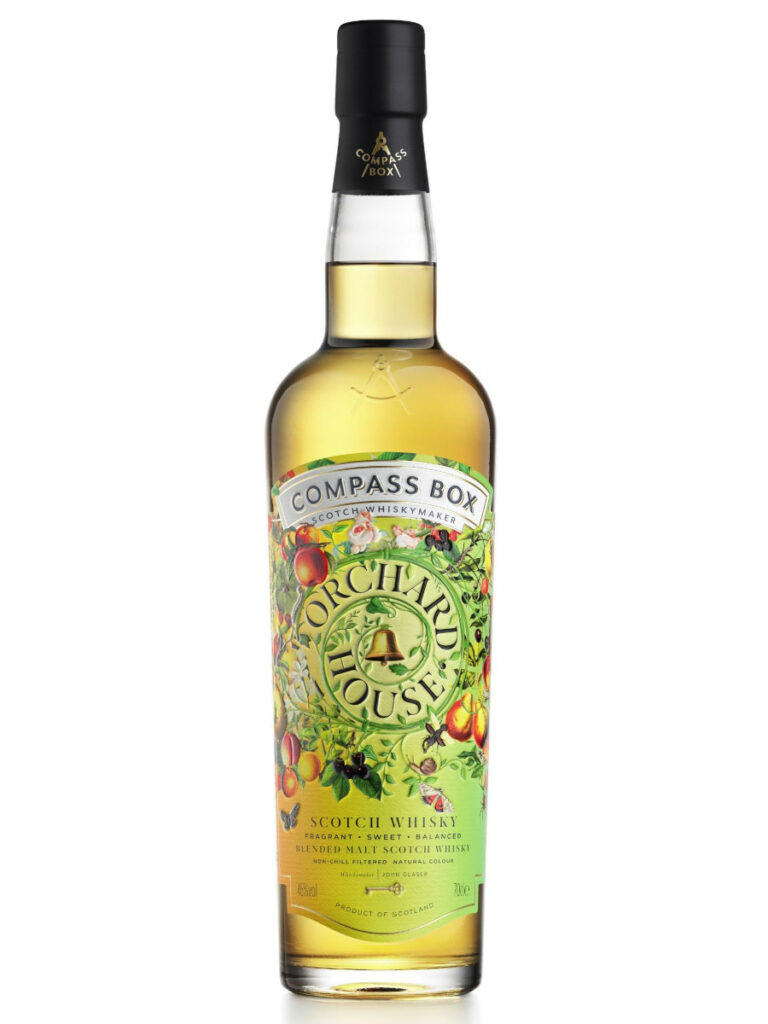 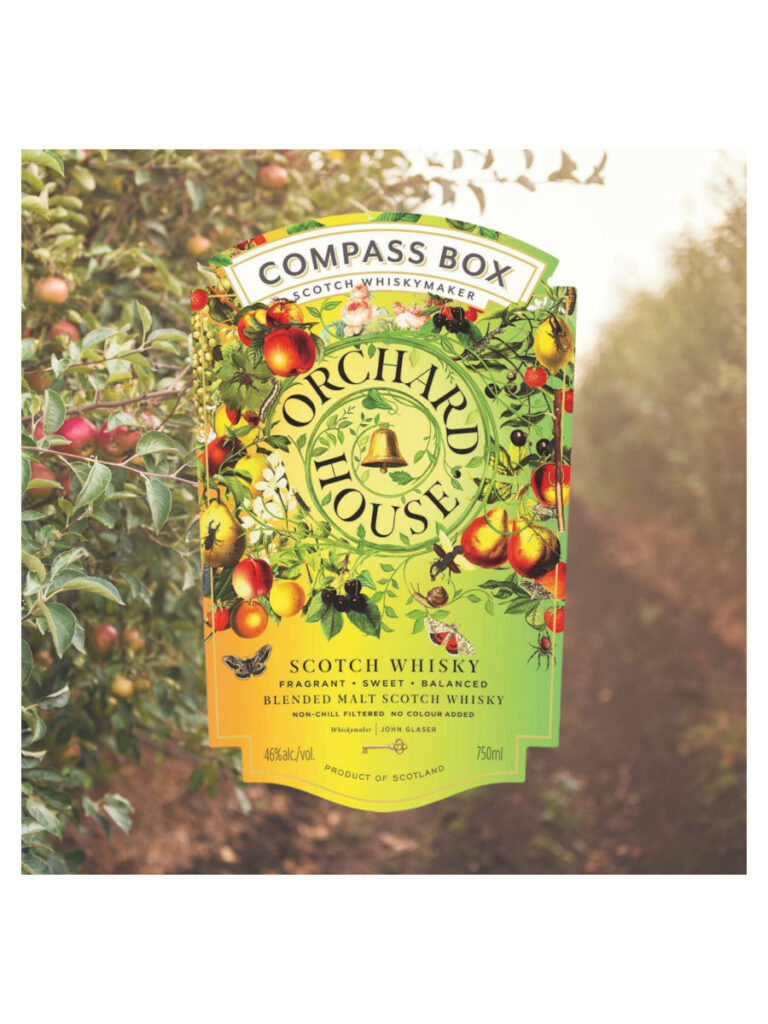 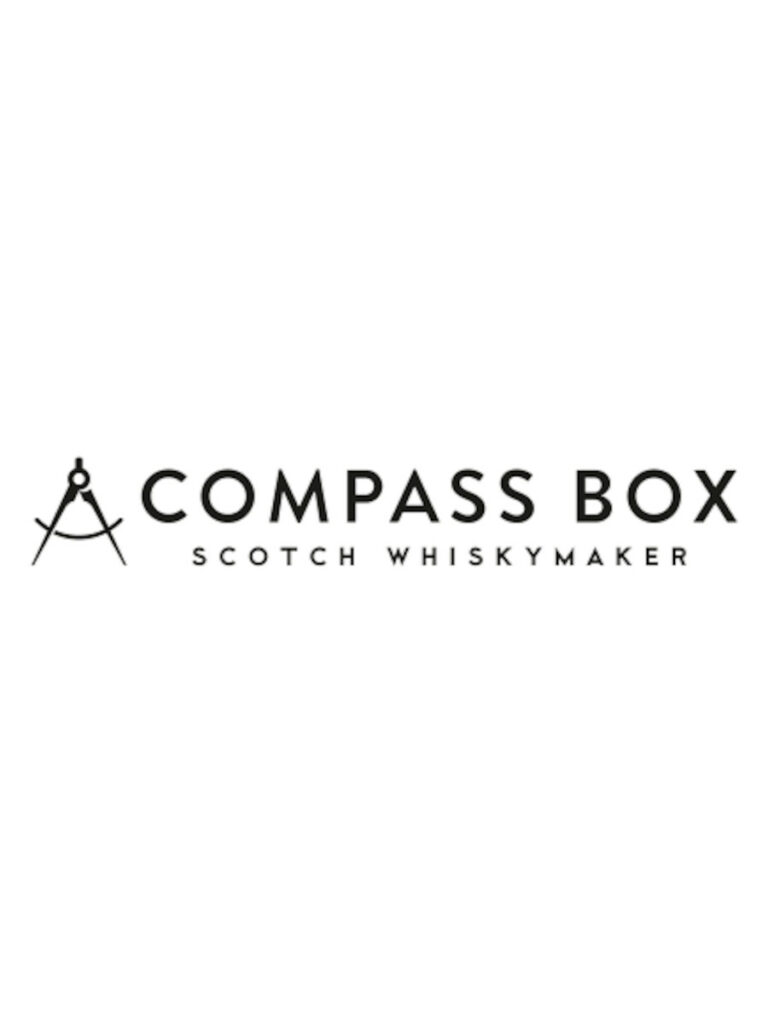 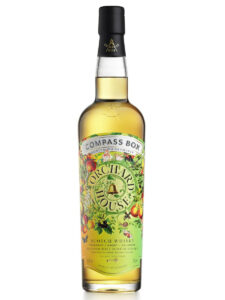 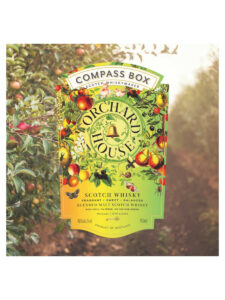 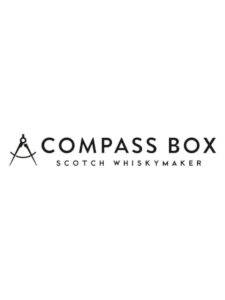 The majority of the recipe for this mixed malt whiskey uses stocks of whiskey purchased freshly distilled from Compass Box.
These distillates were then ripened in barrels according to internal specifications.
Many of the distilles that the new brand was taken from is known for their fruity style.

Orchard House shows this fertility and benefits of the many barrelsal methods that have been developed and implemented over the last 20 years.

Orchard House stands for a new flavors: created according to your own ideas.

Fruits are a symbol of sharing and abundance in many cultures.
Mature fruits reminiscent of sweet delicacies and the easy warmth of late summer – almost nothing is as tasty as a perfectly mature apple or peach.
Compass Box would like to achieve that this suggests both maturity and liveliness; The yellow and green fruit notes represent this perfect.
The name indicates the fruity nature of the whiskey. The term “house” indicates ownership and indicates that the majority of the distillates belonged to Compass Box from the start.

Fragrance: First apple, pear and peach, then hints of rich peat and black cherry, pineapple, all kinds of citrus shells (especially lemon and lime) – with earl gray tea becomes ginger for a nice paint, vanilla and roasted coconut flakes – with cute kiknotes et touch of cinnamon
Taste: apple juice, muesli, banana and honey followed by notes of wild strawberries – in the first place very breakfast-like! Again an oily texture with subtle peat, sultanas, vanilla and then a creamy with hay and meadows
Finish: a touch of cocoa powder in the finish

Recommendation of enjoyment and appropriate dishes
The moment: Before dinner – an ideal summer whiskey.
Matching dishes: Ideal with strong cheddars to get apple, hay and sultana -notes
Serving: Orchard House is layered and full of taste when served on a large ice cubicle.
It also feases great as part of a boilermaker place, combined with a crisp pale ale, warehouse or piles. 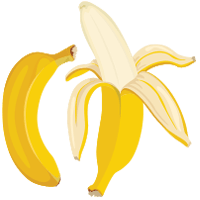 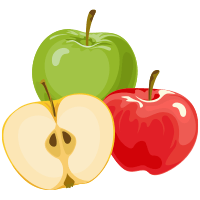 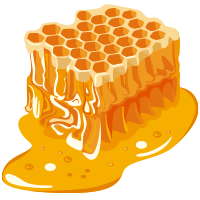