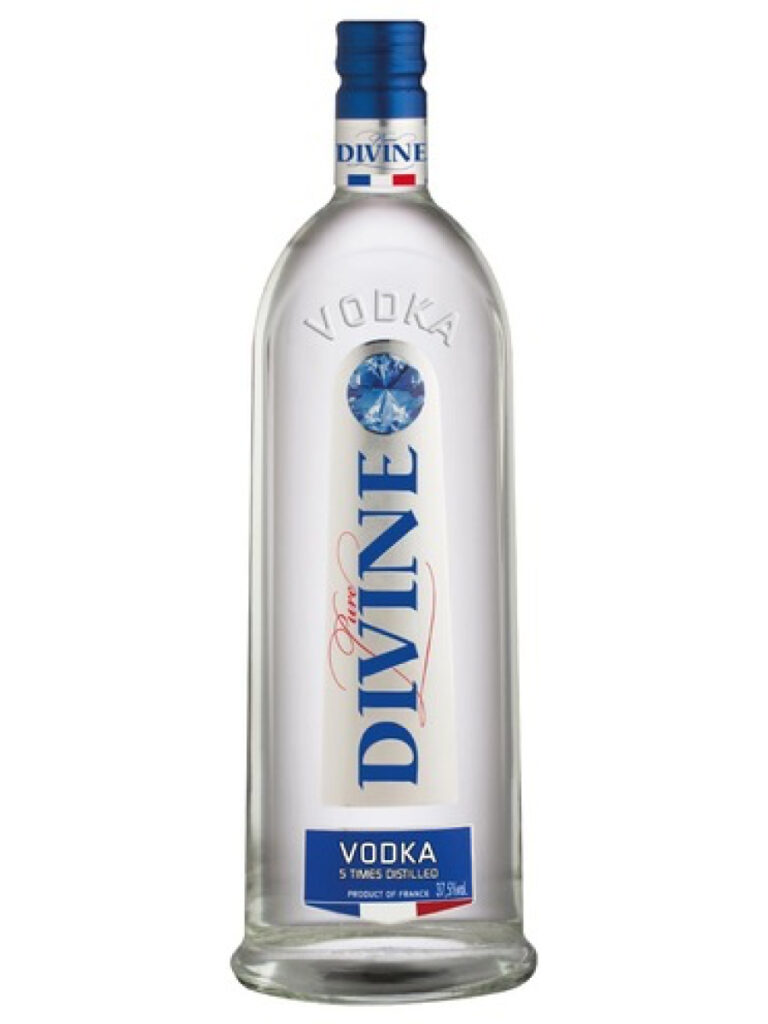 Divine Vodka is made in France and is a classic and pure vodka made from winter wheat diluted with water taken from the distillery’s own well.

The taste experience is with notes of citrus, herbs and grains. The color is crystal clear.

Ideal in drinks and cocktails.

Divine vodka has been on the market for 25 years. It has an irresistible purity and is produced according to an old and well-protected recipe from northern Alsace. In the production of Jelzin Vodka, it is distilled five times and is considered to be a valuable piece of jewelry, a symbol of rarity.

Divine vodka is recognized worldwide with close to 15 million. bottles sold in over 80 countries. Despite the Eastern European-sounding name, the vodka is actually produced in Alsace according to an old and well-preserved recipe.